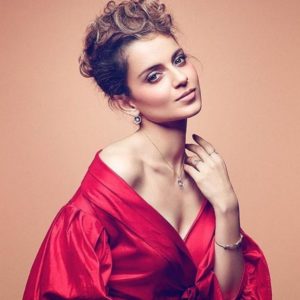 Kangana is not a new face to Tollywood because of her presence in Ek-Niranjan opposite to Rebel Star Prabhas , Currently Ranaut is acting in Simran a drama from the director Hansal Mehta , in which she plays a Gujarati immigrant in America involved in criminal activities. She will share the screenwriting for the film with Apurva Arsini and Ranaut currently busy in working for ManiKarnika-The Queen of Jhansi , a biopic on Rani of Jhansi under critics acclaimed director Krish ,

Parllelly Ranaut will also be making her production and directorial debut with an English language Short film entitled The Touch, dealing with the relationship between a four-year-old boy and a dog , she co-wrote the screenplay with an Australian writer and completed principal photography in America