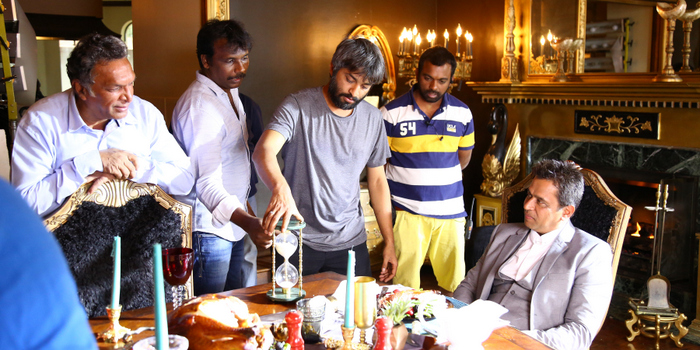 Hanu Raghavapudi director of LIE recently revealed scary things happened during the shoot , story of the danger goes like this ,during the shoot of LIE in USA there is one scene where Ajay handles SNIPER to kill A.Satyam alias Nithin which is for reel sake but in real USA Police is aiming Ajay thinking that he is doing crime , so good part is just before taking action they interrogated crew which saved Ajay’s life and looks like before shooting most of the crew played with SNIPER which made police to interrogate every one in the crew for about 7 days which made every one tensed and disturbed .