Trending
You are at:Home»SpotLights»Anupama busy schedules 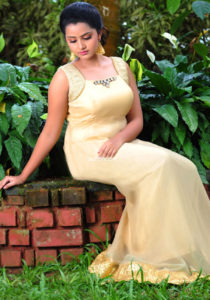 Girl next door Anupama parameswaran introduced with Premam in both Malayalam ,Telugu and got appreciation for her beauty as well as performance , her special character in A Aa and recent blockbuster National Award winning movie Shatamanam Bhavathi got not only critical acclaim but also flooded with offers from popular producers , being said that she signed good amount of telugu movies starting with Ram’s next movie titled Vunnadu Okkate Zindagi and one with Nani under the direction of Merlapaka Gandi’s movie Krishnarjuna Yuddam

And the latest news is that she got attracted to Karunakaran’s narration of an untitled movie with Sai Dharma Teja and signed that movie as well ,As per reports the movie is going to be like similar movies of Karunakaran with good amount of comedy and action .