Trending
You are at:Home»SpotLights»Kajal as Female Lead in RaviTeja-SrinuVitla Film 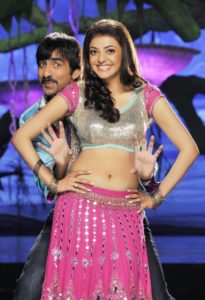 After continuous debacles Srinuvitla approached to his hit combination with Raviteja considering their previous blockbusters Venky and DubaiSeenu  and As per reports for this crazy combination Kajal agarwal was approached to act as one of the female lead roles and she accepted the offer , currently it is heard that talks are going for Nivetha thomas to act as other female lead , soon the cast and crew will be announced .