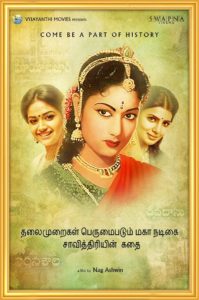 From the day 1 the cast selection is stand out with Keerty suresh playing the title role as Savitri ,Samantha in important character , Mammootty’s son Dulquer Salmaan as Gemini Ganesan (Savitri’s husband) who has made his presence with blockbuster movie’s Bangalore Day’s , OK Bangaram and the latest update to the cast is adding  Character specialist or perfectionist Praksh Raj who is doing the role of Alur Chakrapani of Vijaya Vauhini studios who played a major role in supporting the growth of Savitri’s career .

As per reports movie is slated to be released on Dec 25th .