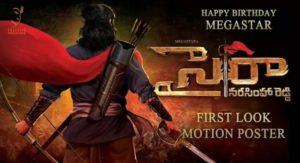 Adding to the cast Tamil actor Makkal Selvan Vijay Sethupathi who is known for delivering blockbusters with mid range movies which has solid content and character variations , being said that Sethupathi is going to play a role as British Guard in the film, which has negative shades like  opposing the freedom fighter initially and later supports Uyyalavada Narasimha Reddy during the mission.