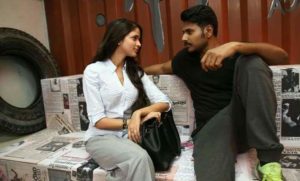 Talented Multilingual Actor Sundeep Kishan who pinned lot of hopes on his recent outcome Nakshtram but it turned out to be a disaster , though he was critically acclaimed for his outstanding acting  the movie didn’t gave him commercial hit .

Lets hope at-least this police character will give him a commercial hit  .